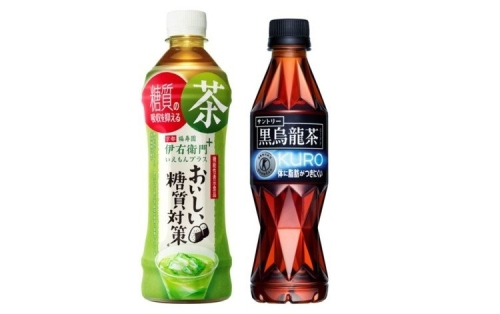 Japan’s Suntory has launched a new beverage approved under the food with function claim (FFC) scheme, which is said to supress the post-meal absorption of carbohydrates, particularly sugar.
The company is also rebranding its black oolong tea which has been on the market since 2006, with a food for specified health uses (FOSHU) claim, said to reduce fat absorption after meals.
The new FFC product is a green tea-based beverage, called lemon plus (carbohydrates), which has been launched in March, while the rebranded black oolong tea was unveiled in February.
Last year, Suntory also launched a lemon plus drink to control cholesterol.

The launches are all part of Suntory’s 100-year life project which began in 2018, and aims to contribute to extending the healthy life expectancy of the Japanese population through its functional beverages.
According to the company, while the average life expectancy in Japan has been extended, the number of people suffering from lifestyle-related diseases such as diabetes and obesity is climbing.
Naoko Kushima from the communication division at Suntory Beverage and Food Limited added that work styles and lifestyles are becoming increasingly diverse, contributing to these diseases.

Suntory’s lemon plus (carbohydrate) contains indigestible dextrin, a form of dietary fibre which has been reported in suppressing the absorption of sugar post-meals.

For its black oolong tea, Kushima said it is rich in oolong tea polymerised polyphenols (OTPP) and “is a FOSHU that suppresses the absorption of fat ingested from meals and increase their excretion, so that the rise in blood triglyceride after meals is suppressed and the body is less likely to get fat​.”
The beverage contains 70mg of OTPP per 350mL.
Specified health foods (Tokuho/FOSHU) are foods that have been scientifically proven to help maintain and improve health and have been approved by the Consumer Affairs Agency.
In order to receive the FOSHU approval, food and beverages have to submit scientific evidence of proven health benefits.
The black oolong tea was found to significantly reduce total fat and visceral fat compared to the placebo group. In addition, body weight, body mass index, body fat ratio, waist size, hip size and skinfold thickness were significantly reduced in the oolong tea group.
Researchers said the findings indicated that the intake of oolong tea together with a meal could be effective for the prevention of metabolic syndrome.
The drink was available nationwide since February 18.
The company said the drink is targeted for, “those who tend to eat a high-fat diet, those who have high blood triglycerides, and those who are worried about body fat​.”
Apart from the black oolong tea, Suntory has 10 other beverages that are FOSHU approved, ranging from its Boss coffee, to Pepsi Nex2.